The exclusive Wine Creative Lab 47Anno Domini hosts the most recent production of PA, an acronym of the creative designer and artist Paolo Socal. The series of works on display is closely linked to his graphic activity and his passion for iconic objects of the twentieth century.

The title Design Classics expresses the desire to recall symbolic images of the Italian economic boom, such as the famous Bialetti or the Olivetti typewriter, to reach the American icons of Coca Cola and the Fender Stratocaster of the Sixties.

The use of typography is significant not only as a means of composing the text but also as a pure graphic element. The direct manual intervention in making the inscriptions goes hand in hand with the aesthetic research on different fonts and the collage of pages from historical magazines such as “Life”.

The Olivetti in fact emerges imposing with all its physicality thanks to the optical-perceptive contrast between the magmatic and dark dimension of the background and the disruptive blue of the object. The inscriptions and the old “Life” help to create that historical-cultural background on which the icon of the Sixties stands, now rooted in the collective memory.

New relationships are created between form, word and image, thanks to the collages that express social contradictions and complexities in a free and playful way. Thus in the work dedicated to Fender, the disruptive novelty of Rock contrasts with the still traditionalist vision of the female world, between housewives and nurses.

Or in Pipe, the inscription “you don’t have to be rich” becomes ironic in relation to the gigantic pipe that rises above the metropolitan skyscrapers as a status symbol and emblem of a certain social condition.

Far from wanting to communicate a unique message, graphic-compositional freedom becomes an aesthetic tool that evokes certain historical periods or glimpses of life through the extreme synthesis of the mass object-icon. 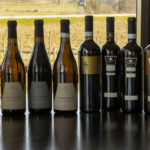 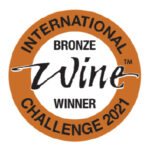