The works will be exhibited in the wine hall from the 17th of June to the 2nd of October 2022.

His work is rooted in the study and observation of reality to elaborate a peculiar formal research.

Since the 1970s, the artist has shown a particular interest in the naturalistic rendering of subjects in continuity with the broader Veneto painting tradition centred on luministic-formal aspects.

Worthy of note are the views of the Treviso countryside and the port of Caorle, in which the artist brings the point of view closer to focus on the analysis of formal details, compositional structures, colour and chiaroscuro contrasts. This “focusing” involves the use of photography, which allows a direct relationship with reality to be established, while at the same time forcing a fragmentation of the totality of the vision through the plurality of viewpoints.

The ‘photographic cut’ in fact pushes the artist to select specific details, to free himself from established habits of perception and to employ unusual perspectives.

Tiziano Marchioni elaborates a ‘metamorphosis of objects’ capable of providing a personal solution to the sharp contrast between figurative and non-figurative.

In this context, the recent production focuses on the series of Reti (Nets), Tele (Canvases) and Cassette (Boxes) is significant. The study of the compositional structure, characterised by the strongly close viewpoint, enhances the formal and chromatic qualities of the image. Fishermen’s nets or large canvases with striped motifs become incentives for developing a new plastic and chiaroscuro research, in which soft forms are amplified, creating exuberant movement. The tangles of the ropes generate an inextricable linearism, while the heavy canvases stretch or fall creating swaying masses of wrinkles.

Particularly in Cassette, the interaction and joint of the elements contribute to the metamorphosis of the object itself, which loses all reference to its original function. Through an almost ‘hyperrealist’ painting technique, the unity of the form is broken down in the rhythmic articulation of its geometries, in the subtle tonal variations and in the contrasts of light and dark.

The elements emerge for their essential modularity, generating a space that extends ad infinitum beyond the dimensional limits of the canvas. The multiple perspective angles break the principle of unity of vision, pushing the observer’s gaze to get lost in the meanders of the articulation of forms.

Thus, starting from the unity of the object, a new vision is born that can overcome the simple recovery of the real data to generate infinite perceptive solutions. 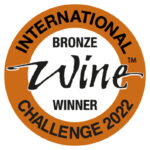 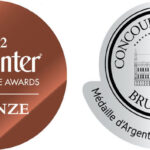