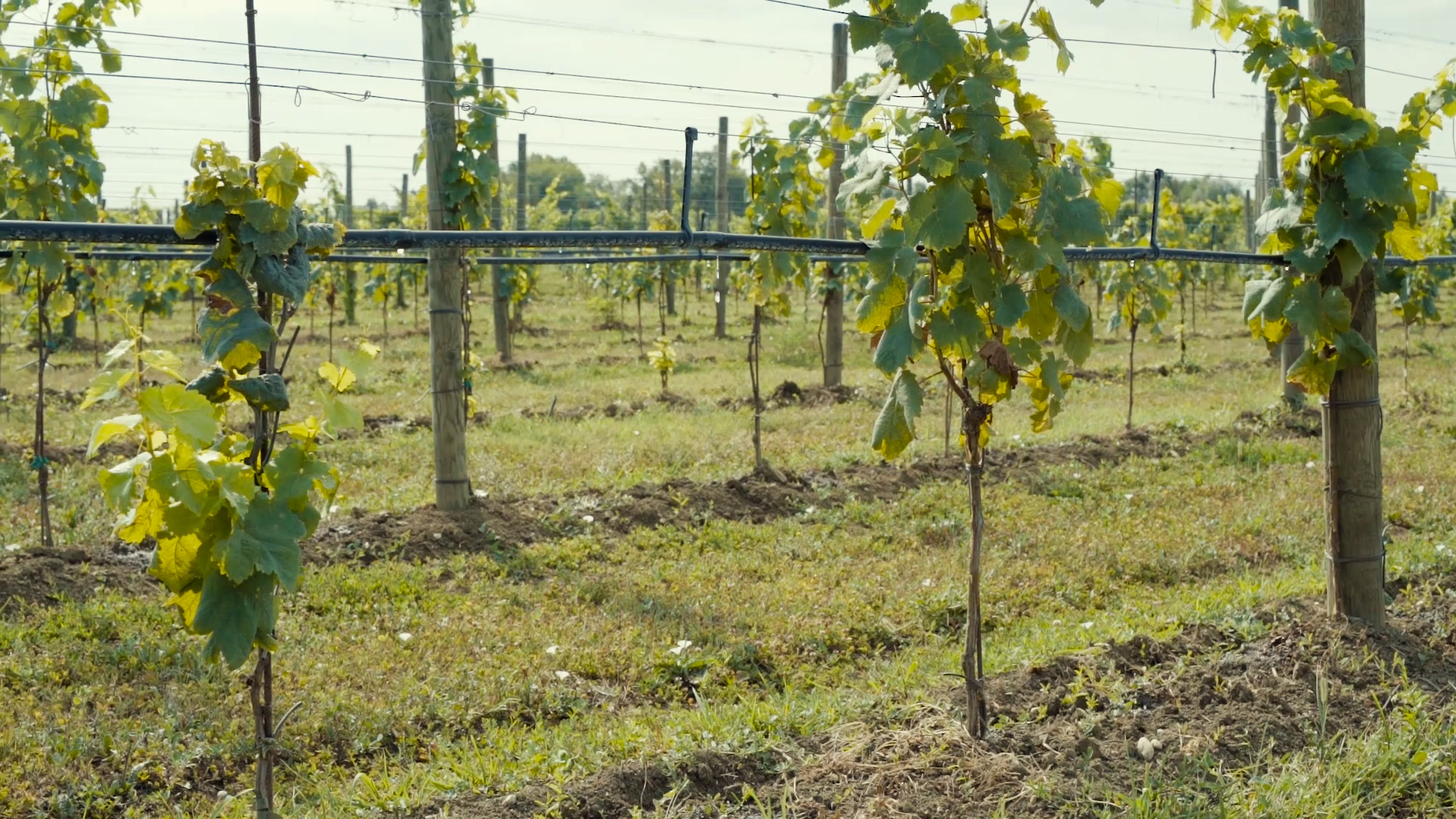 Do not waste a single drop: when irrigation becomes an environmental mission

Water is the founding element of life in our planet. Many times we take it for granted, even in viticulture and agriculture, but in the last few years the water availability is dramatically decreasing, both in Italy and around the world, due to the phenomena related to climate change, water dispersion and short-sighted environmental policies.

According to the United Nations, already in 2030 about half of the world’s population will live in areas subject to stress and water scarcity. This situation will affect Europe as well and therefore Italy. As organic wines producers and sustainable wine growers, we certainly could not remain indifferent to these prospects. In 47 Anno Domini we decided to do our part to limit water consumption in an essential phase to treat our vineyards: irrigation.

With our agronomists and technicians, we chose to introduce the Israeli drip irrigation system on all our rows. Water comes out from a 300 km of suspended pipe system only when and where there is a water shortage in the plant. This implant allows water-drops to be released directly at the base of the individual plant very precisely. The drip system allows to focus the throw directly on the root and distribute it more evenly.

In this way we can optimize the management of water resources, using a system that actually has ancient origins: Israeli drip irrigation is the refinement of ancient techniques already intuited in remote times, when it was used to fill clay containers which filtered water very slowly. This system was revived in Germany in the 19th century, using clay pipes and later perforated pipes. The brilliant intuition that changed the destiny of this irrigation system, however, occurred in Israel, by the engineer Simcha Blass. In the 1930s, he noticed the immense growth of a tree under a leaking water pipe. From this observation, Blass developed the modern drip irrigation system that we all know today and that we have also adopted in our company, with undisputed environmental and economic benefits.